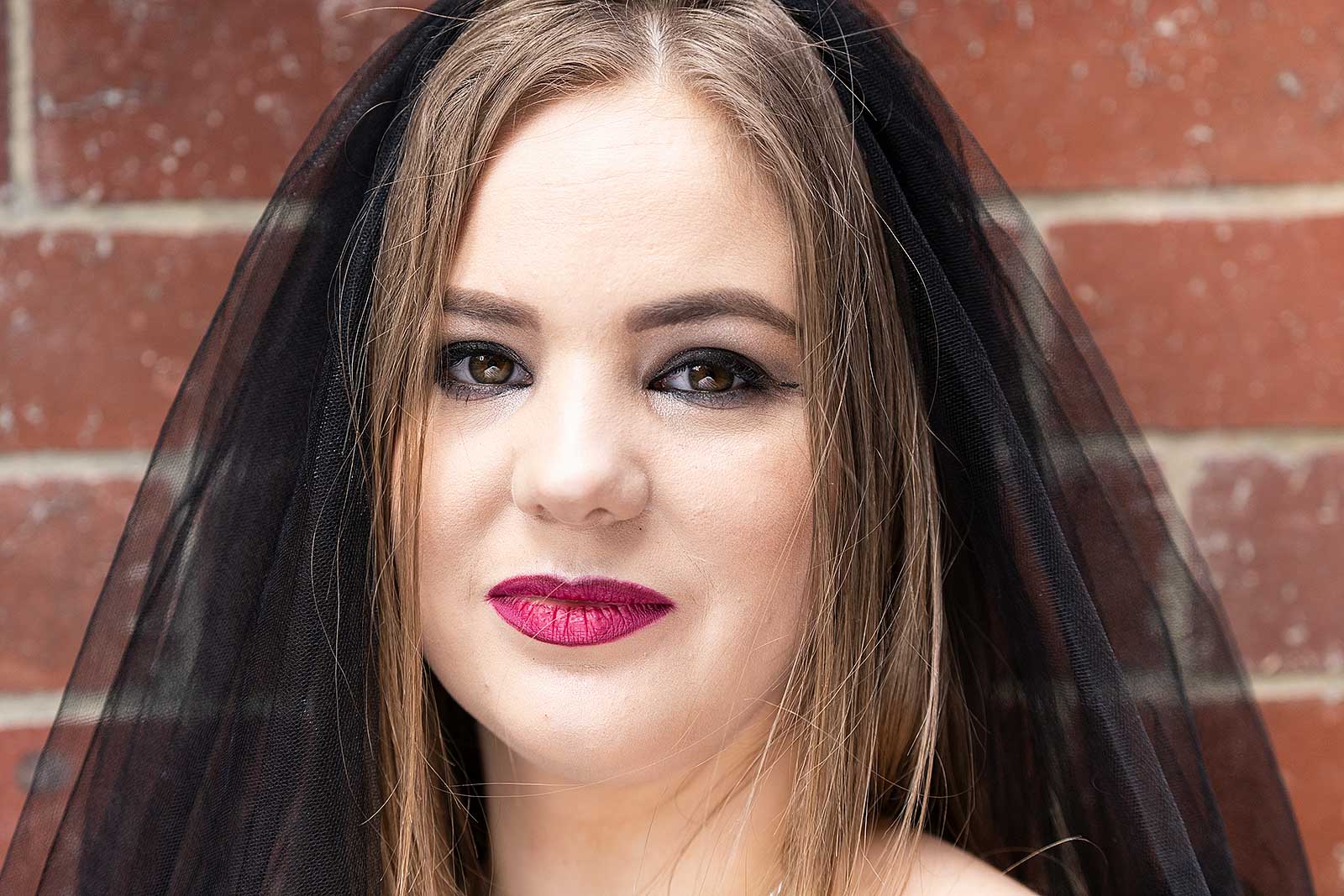 Earlier this month I visited The Whitby Goth Weekend. It takes place twice a year, once in April and once at the end of October. It attracts lots of photographers because of all the people who attend wearing interesting costumes. It’s not only Goths who attend either, it’s become popular with Steampunks and those interested in Cosplay. The event at the end of October also attracts those in Halloween costumes.

It was actually a last minute decision to attend the Whitby Goth Weekend in April. I found a cheap single room at the Royal Hotel which is conveniently located behind the famous whale bone arch. It was not the first time I’ve been to the Whitby Goth Weekend, having attending twice before (once in April and once in October). The weather was kind during the weekend and I was pleased with the photographs I obtained. Here are just a few examples:

I got chatting to the guy above who is called Steve Kay. He and his partner / wife actually met at a Steampunk gathering and attend a number of such events each year. He also owns a VW Camper Van called the Steamvagon!

The woman above came with her friend and I really liked her look. You can’t see it in this photo but she had black lace gloves and black stockings. Some photographers were asking her to remove her glasses for photographs which I thought was a shame. In my opinion glasses really suit her and the look she had that day. 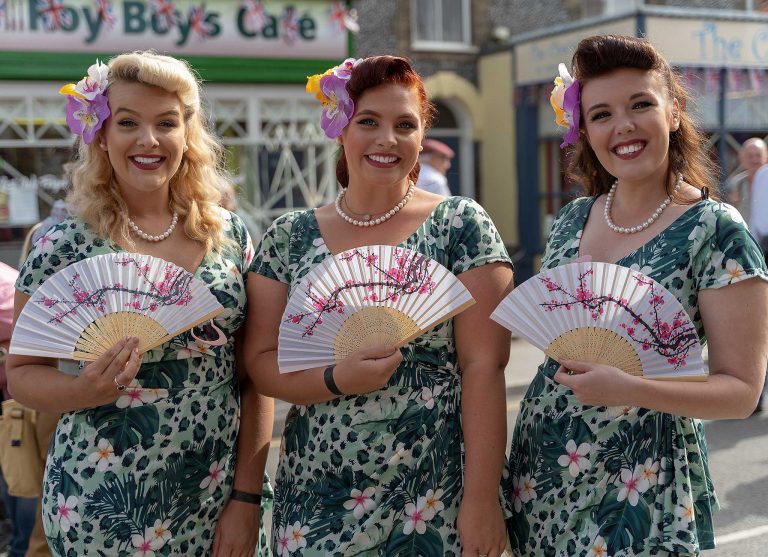 The Sheringham 1940’s Weekend has over time become one of the most popular 1940’s Weekends in the UK calendar. Like many 1940’s Weekends the central focus is around a steam railway. This particular weekend is still often referred to as the North Norfolk Railway 1940’s Weekend. This train line is also known as The Poppy… 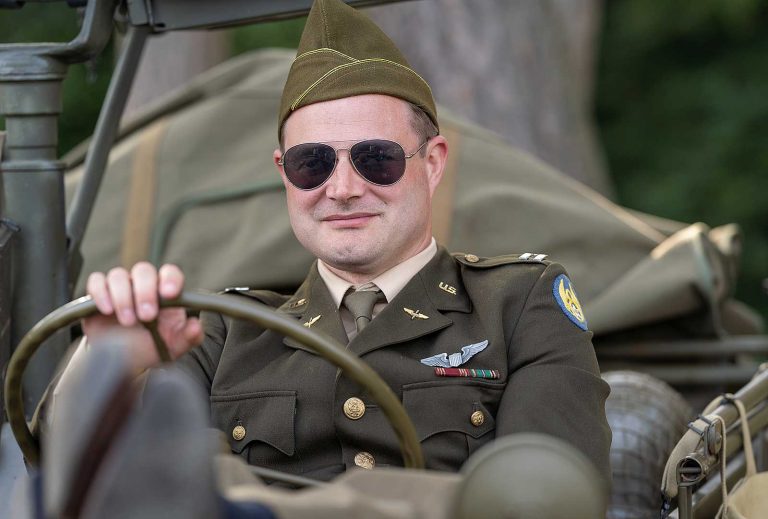 The North Norfolk Railway 1940s Weekend returned in September 2021 after the Covid pandemic resulted in 2020 being cancelled. It was a scaled back affair with the events confined to the train stations of Sheringham, Weybourne and Holt. In past years I’ve spent most of my time in Sheringham where the shops in the town… 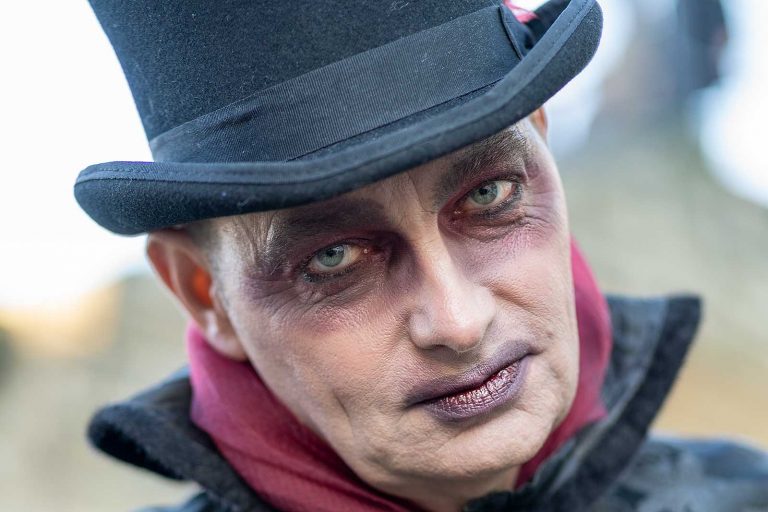 The Whitby Goth Weekend has become a very popular event that is held twice a year. Due to Covid19 both weekends in 2020 were cancelled, as was the April 2021 event. Thankfully it returned the Halloween weekend in late October 2021. Over the years the event has branched out so that now you are just… 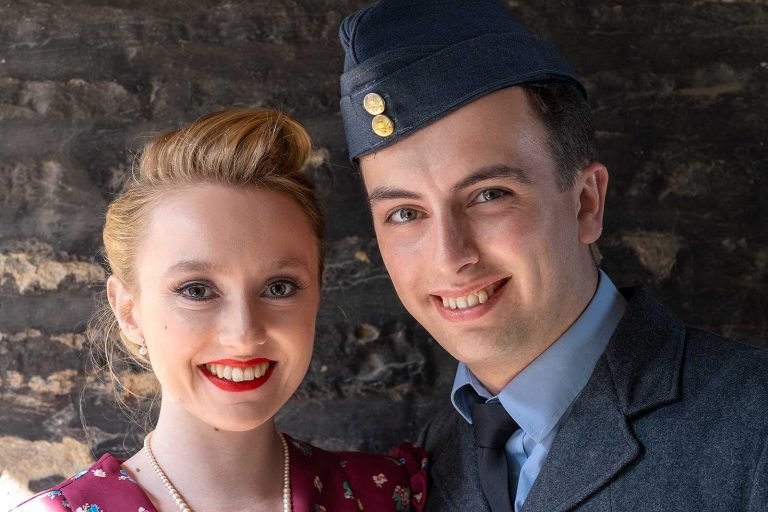 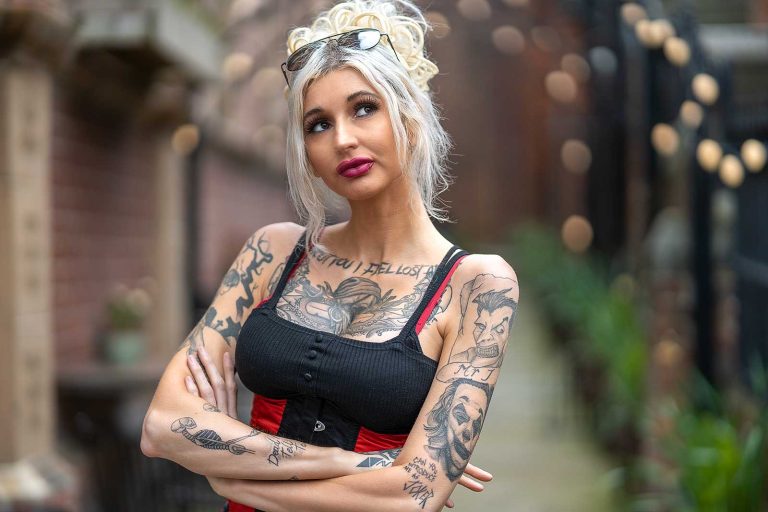 Over the last few years I’ve become a regular at the Whitby Goth Weekend and was keen to visit for the event in April 2022. The opportunities for street portraits are really good here. Many who attend put a lot of thought into what they will wear for the event. Some attendees lead a Goth…