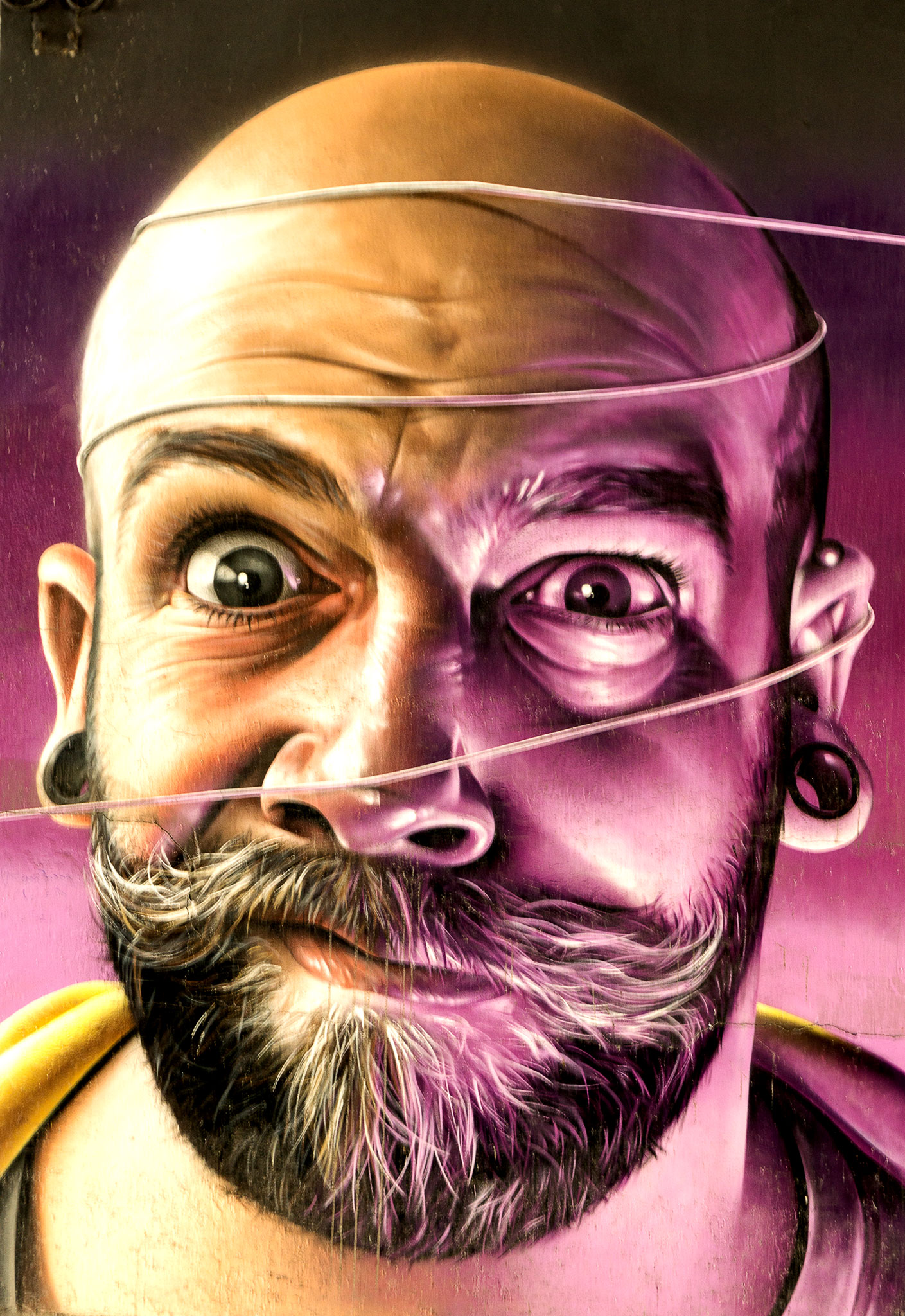 If you like photographing street art like me you might want to check out the Glasgow graffiti mural trail. I visited back in February 2016 after seeing some amazing graffiti examples on social media. In this article I show you some examples of Glasgow graffiti that I photographed back in 2016. I will also point you to further information about the Glasgow Mural Trail if you are interested in visiting yourself.

Glasgow Graffiti – Some of my favourite examples

The main image above is part of an artwork known as The Five Faces by talented street artist Smug. It was located on support columns on the Broomielaw passes. I saw ‘was’ because I’m not sure it exists anymore because it does not seem to feature on the Glasgow Mural Trail (more details of the Mural Trail later). Smug is probably my favourite and one of the most prolific graffiti artists in Glasgow.

Below is another example by Australian born Smug (Sam Bates). Known as ‘Honey I Shrunk The Kids’ it can be found on Mitchell Street, on the gable end of a building.

Another popular Glasgow street artist is Rogue-One. Real name Bobby McNamara, he is responsible for some incredible street art like the example below which is known as ‘The World’s Most Economical Taxi’. At the time of writing it still exists and if you download a PDF version of the Mural Trail you can do the tour yourself.

One of the reasons I visited Glasgow in February 2016 was because another example of Glasgow graffiti had just been completed by Smug. Known as ‘Saint Mungo’ it is a modern depiction of Glasgow’s patron saint who was born in the 6th century.

Rather than upload all the examples of Glasgow Graffiti I photographed back in February 2016 you might like to visit the following website where you can find out more information and download a useful PDF Mural Trail guide.

Other examples you will find following this trail include:

If you want to see more of my Glasgow graffiti photos or more examples of street art in general you can find me on Flickr, Instagram and Facebook.